Skip to content
Home/News/
Previous Next
Well, 2013 has already been a pretty hectic year for me, and I don’t mean that in a bad way. With the new merger of Vamptasy Publishing with the leading US Indie label, Crushing Hearts & Black Butterfly Publishing, my world and career have begun to rocket! 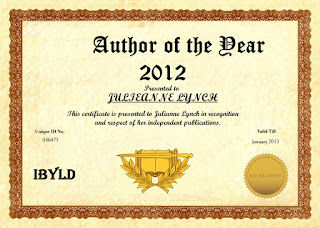 I was voted Indie Author of the Year 2012 by International Bug Your Library Day’s poll and I was awarded this certificate, and wanted to share this with you all. I am very proud that I have reached so many people out there who took the time out to vote for me. That alone speaks volumes, so thank you to everyone who voted and thank you for your continued support and readership.
Escaping Shadows released at the end of December, and has been a hit worldwide so far, and the ride doesn’t stop there.

A short novella based in a time when the world of the living and dead was only separated by a wall. It is story with a conscience moral; where good and bad deeds determine your future and your existence. Only the truest of love can overcome the darkness of the unknown, where once girl finds eternal happiness, another is damned from existence.Can true love really free you from the shackles? Or is temptation a road well traveled?

Coming this Spring, HOT INK PRESS will be releasing the first installment of the Rose Saga. 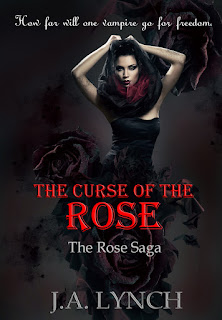 The Curse of the Rose, a story that follows the journey of Bianka, a vampire who thirsts for her freedom and breaking a curse that bounds her to a lifetime of greed, want and sin. The series is based in Hungary, and has been a geographical roller-coaster during the writing process.

We will then see the Shadow World series draw to an end with the release of Fighting Shadows.

Giselle travels through a Hell she never believed existed. Her wit is tested beyond belief, and all the while her closest companion, Antoine fights to keep her sanity intact.
Atarah teams up with Xavier to finally bring Giselle’s existence to an end, and raise baby Kaden as their own, but Alex is more than willing to end his son’s life to spite them all.
Will Giselle finally break free from the lure of the Shadows. Can she avoid falling for the call of the Nymph and will Kaden survive the battle of all battles; Giselle and Alex?
Nothing has prepared her for what is about to happen.
Join Giselle as she brings closure to a story that catapulted her from her once ordinary life, to a world darker, and faster than anything she ever imagined.

Summer will then see the release of the first book from The Vilniv Chronicle; The Silver Strand. 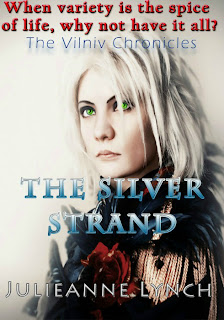 The entire series is dedicated to Antoine and his escapades before he met Giselle, before he learned to love and before he tamed the monster inside.
Through his eyes, we meet his twin sister Isobelle and their younger brother, Luka and soon find out just how much of a player he really was. From the Spanish Armada through to the French Revolution we taste life as Antoine once knew it.

There is also a little *secret* project ongoing at present, but there will be an announcement made further down the line. Stay tuned for that reveal, because to be quite frank, it is BIG!!!

So, as you can see, this year is already jam-packed with work and releases, but it proves to be my best year to date. So stick around, and join me on my journey.

About the Author: julieanne